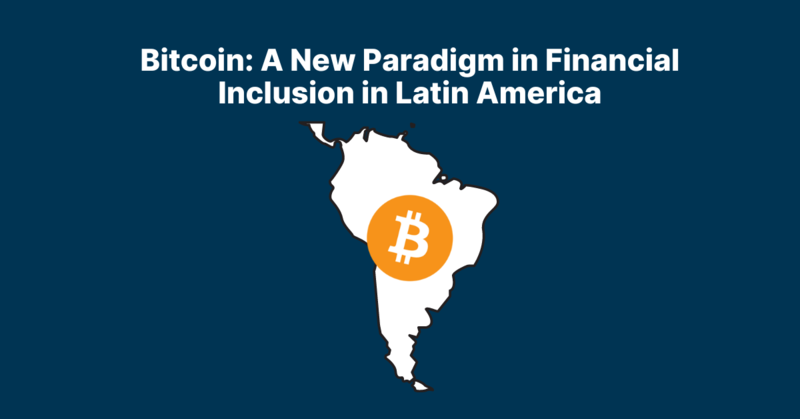 This guest article is by Juan Frers.

The Latin American continent has been characterized as one of the most complex areas in macroeconomic and socio-political terms at the international level.

Some of the biggest challenges in the continent are the high levels of inflation in the Latin American regional economies, the loss of confidence in local currencies, and the lack of financial inclusion.

Some of the biggest challenges in the continent are the high levels of inflation in the Latin American regional economies, the loss of confidence in local currencies and the lack of financial inclusion.

Inflation is usually characterized as one of the most serious structural problems within regional economies, with inflation rates close to 7 or 8 percent per month in various economies.

It is estimated that only 55 percent of young adults, a number of around 207 million people, have access to a  bank account in Latin America.

Traditionally, Latin Americans could only turn to the US Dollar for their financial woes. However, digital currencies are now stepping in to provide solutions to these challenges facing Latin Americans.

Bitcoin was born in 2008 as the first cryptocurrency worldwide, proposing an economic system based on no intermediation over operations and decentralized scenarios.

The pillars behind this new system are decentralization, non-intermediation and privacy.

Within this new financial scheme, transactions are carried out directly between users without the intermediation of third parties such as banks or financial institutions, among others.

A New Economical Order Vs. The Traditional System

In traditional issuance systems, monetary issuance is usually concentrated in public policy through management by the different central authorities known as Central Banks.

The monetary base can increase indefinitely as a result of monetary issuance by central banks.

As a consequence of the indefinite increase in the monetary base, money in circulation is worth less and less as a result of currency depreciation.

In the new monetary emission scheme of BTC this does not happen, since we are facing a dis-inflationary emission system.

BTC has a maximum system of 21 million, unlike traditional money, and will not grow indefinitely.

Bitcoin as a New Agent of Social Change

It is estimated that about 30 percent of the Latin American population are interested in digital currencies.

Bitcoin is much more than an investment asset. This new asset is changing various schemes of traditional economies as a new payment asset, sending remittances abroad and playing a very important role in financial inclusion throughout Latin America.

While opening a bank account in a financial institution can be tedious and requires navigating the bureaucracy, Bitcoin offers the possibility to millions of users throughout the Latin American region to be able to access a new financial and monetary scheme based on no intermediaries upon transactions.

Beyond offering users an alternative to traditional bank accounts, BTC also works as a store of value and doesn’t depreciate as fast as fiat money. It also works well as a remittance channel, providing fast and secure remittances instead of having to rely on traditional money transfer agents. This benefits Latin Americans who work abroad and want to send money home.

Bitcoin also opens the door to DeFi applications (albeit on Ethereum or other chains) that can help users generate yield on their BTC.

For the successful growth of the Bitcoin industry, the joint work of public policies by the different governments in the Latin American region will be a key factor.

The Case of El Salvador

El Salvador was the first country in the world and in the Latin American region to adopt Bitcoin as legal tender on September 7, 2021.

After a year of experimentation by the country, opinions regarding the project vary.

On the one hand, there is a belief that the experiment failed, due to the lack of education on the uses of Bitcoin by the government towards the population.

According to data provided by The Conversation, only 20 percent of the population used Chivo Wallet in February of this year: 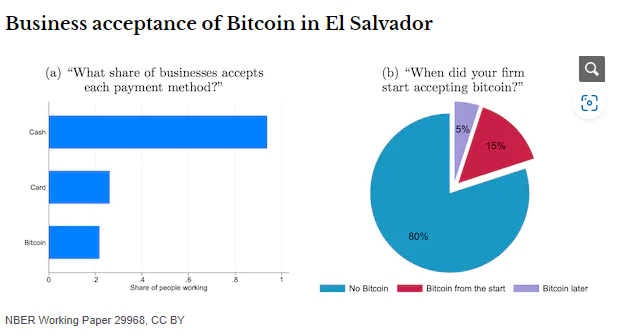 According to the statistics provided by the El Salvador Chamber of Commerce at the beginning of 2022, only 14 percent of the population had carried out operations with BTC in the country.

On the other hand, favorable opinions in relation to BTC as legal tender in the country states that thanks to the adoption, the level of foreign investments in the country has increased by generating great interest on the part of various international investors.

They also affirm that in order to understand the real positive change that BTC is generating in the Salvadoran economy, we will have to wait at least two more years.

What Do Experts Think?

Jeronimo Ferrer, Business Development Manager at Paxful, says  “Thanks to the different characteristics of BTC we can begin to notice how the classic economic models are in a moment of change. Bitcoin plays a key role in financial inclusion in the Latin American region.”

Marcos Bravo Catalan, CEO of Beps Global Consultores, comments  “Latin America has been characterized as one of the regions in the world with the greatest economic problems. The economic inequality gap has become part of the past thanks to virtual currencies.”

Without a doubt, the new economic model proposed by BTC is one of the most important changes in regional and international economies.

We will be able to notice a diversity of opinions about the adoption of Bitcoin in El Salvador and in the world, but if we can be sure of something, it is that Bitcoin is here to stay.