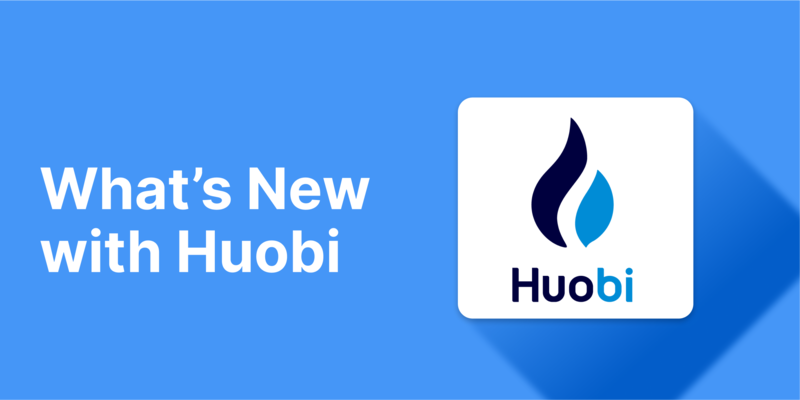 Huobi Global is a centralized cryptocurrency exchange established in 2013 (a long time ago by crypto standards), with a relatively good reputation and an extensive user base in Asia. Based on data from CoinGecko at the time of writing, it is 8th by 24 hour volume and there are currently 656 coins and 982 trading pairs available on the exchange. What makes Huobi Global so interesting though, is that it saw an increase of over 60% in trading volume between the 13 and 14 of October 2022.

This article takes a deep dive into Huobi Global, its recent change of leadership, the Huobi token (HT), the rise in the value of HT, and Huobi Tokenomics.

What is Huobi Global?

Established in 2013, Huobi Global is a leading digital economy firm with a mission to bring blockchain technology into the mainstream by integrating it with other industries. It has expanded into the blockchain industry, public chain, cryptocurrency trading and wallet, digital economy research, and more. Huobi Global is licensed for cryptocurrency services in several countries and jurisdictions, including Seychelles, Japan, Singapore, and South Korea.

To get an idea of how Huobi grew, these are some of the key Huobi Global milestones:

Huobi Global was formed in September.

In April, together with almost 20 institutions, Huobi China created the first “Grading Evaluation Specification for Blockchain and Distributed Ledger Information System” in China.

In September, Huobi Japan secured an exchange license (No. 00007). In the same month, Huobi China created its headquarters.

In January, the Danal Group funded Huobi and helped it to pass the 1SO27001 certification in September of the same year.

In June, Huobi Charity emerged as the top Chinese charitable organization and was conferred the honor “Annual Charity Role Model.”

In June, Huobi China signed a strategic agreement with the Chongqing Yubei district government to steer the development of Chongqing’s blockchain ecosystem.

On October 8, 2022, Huobi Global announced its acquisition by About Capital Management (HK) Limited. Leon Li, the founder and CEO of Huobi said he would no longer act as the shareholder and controller of the firm. Furthermore, he clarified that he wouldn’t be involved in Huobi Global’s business henceforth.

The takeover only entails a change in shareholding and is thought to have minimal impact on Huobi’s business operations. The new owners have hinted that Huobi Global will put forward a series of new global brand promotion and business expansion efforts, including injecting adequate capital in margin and risk provision funds. Upon successfully executing its programs, Huobi may be well-positioned to offer high-end trading and investment services to global crypto users.

A day after the takeover, Huobi introduced its advisory board of industry leaders across decentralized finance (DeFi) and traditional finance (TradFi). The board is responsible for Huobi’s business development and strategic roadmap for international expansion.

Here is the official list of Huobi Global advisors:

Notably, the advisory board is open to including more industry leaders to solidify its institutional presence further and boost its brand and market competitiveness.

What is the Huobi Token?

Huobi Token (HT) is the native currency of Huobi Global, classified as an exchange token. HT was issued in 2018 and distributed through a reward program, where Huobi users were given free tokens. Out of the total supply of 500 million, 300 million were airdropped to users, 100 million were set apart for platform rewards and activities, and 100 million were reserved for team incentives. After the airdrop, HT holders could exchange their tokens for other assets on various exchanges, including the Huobi exchange.

The amount of HT tokens in circulation is technically reduced each month due to Huobi’s token-burning mechanism. Token burning occurs when the platform repurchases and destroys some HT tokens from circulation. Huobi Global spends 20% of its monthly earnings on buying back and destroying HT tokens. Specifically, 15% of the revenues are allocated to the burning tokens from circulation, and the remaining 5% is used to burn HT team incentive rewards. Minimizing the token supply makes HT a dis-inflationary token. It can also boost the value of HT by affecting the market forces of demand and supply.

HT has a maximum supply of 500 million, while its current circulating supply is 130.9 million. You can trade it on crypto exchanges, including Huobi Global, Gate.io, Uniswap, and XT.COM. Check out CoinGecko’s Huobi markets to find more exchanges where you can trade HT.

HT has multiple use cases. By simply holding it in the Huobi wallet, you qualify for up to 65% in trading fee discounts, access new projects, and generate more tokens via the Huobi Prime platform. Huobi Prime allows investors with the required HT tokens to buy newly-issued assets at discount prices before they are listed on the Huobi exchange. You can also stake your HT tokens in the Huobi PrimePool to take part in new listing activities.

The Rise in Value of Huobi Token 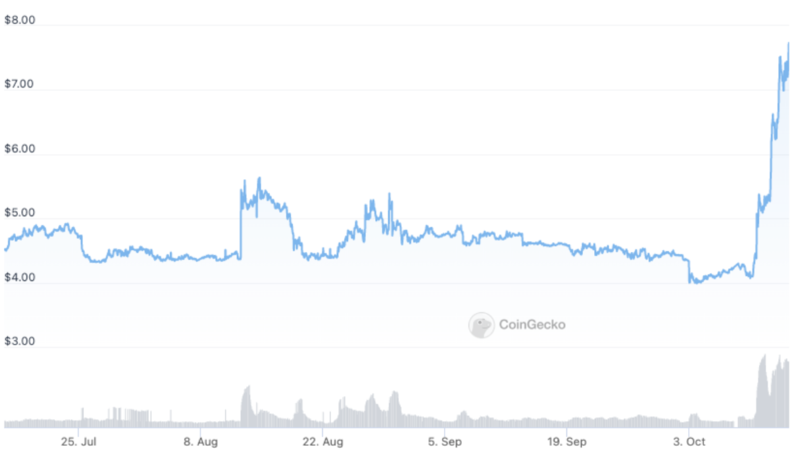 The value of HT is surging by over 80% following the news of the Huobi Global takeover. Justin Sun, one of the newly appointed advisors of Huobi Global, claims that they will empower the Huobi Token through brand upgrades and business cooperation, while using HT as a long-term strategic reserve, having increased (and continuing to increase) their HT holdings, which likely contributes to the bullish trend of the Huobi Token.

This comes on top of the above mentioned points of the company receiving capital in margin and risk provision funds as well as new international brand promotions and business expansions.

With this change in leadership and the ongoing popularity of the Huobi exchange, some opportunistic scammers are also taking advantage of the situation. There are reports of phishing messages sent to Huobi users, asking the recipient to complete verification at an unofficial link.

Even if it looks like the message is sent from an official source, you can always sign into the official website or app to see if any actions need to be taken on your end instead of clicking links.

There’s a huge red flag in the message below – we’ll let you guess what it is (hint: it’s in the link). 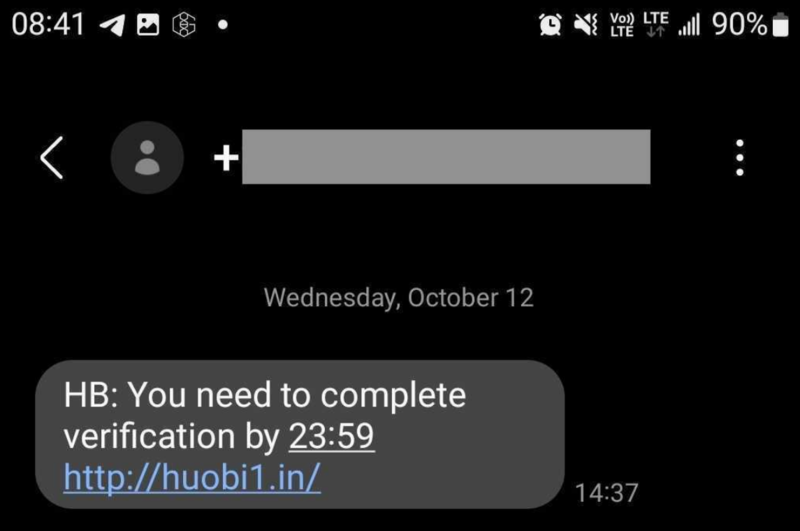 For more tips on how to keep your account secure, check out this list of security best practices.

Crypto is a very dangerous and adversarial place. If you are not careful, you risk having your valuable cryptocurrencies stolen from you.

I’ve compiled a thread on some security best practices that you can follow to stay safe. Read on below 👇👇

Huobi Global has a strong influence in the Asian markets, establishing itself as one of the biggest crypto exchanges in Singapore, South Korea, and Japan. Following its forced exile from mainland China in 2021, after the Chinese regulators banned crypto activities, Huobi Global has fast-tracked its globalization efforts amidst a competitive market environment. This could be why the company sought a new shareholding structure with an international vision and sufficient resources.