Fiat money is a social convention that acts as a unit of account, a medium of exchange and a store of value. In traditional finance (TradFi), currencies achieve their primary functions and value successfully through monetary policies focused on price stability and high utility to foster economic growth.

With the introduction of blockchain technology, some cryptocurrencies seek to serve as a new form of money: privately issued, virtual and facilitating peer-to-peer transactions. Other crypto, though, don’t intend their tokens to function as money. Instead their tokens are primarily used as drivers of early adoption and growth.

The difference in intent affects how a project would design the tokenomics, which includes the monetary policy of their tokens.

So how do projects apply monetary policy to their digital assets to best serve their purpose? In this article, we will learn what a monetary policy is and how it applies to crypto, how the supply of tokens affects their current and future monetary policy, and how tokenomics relates to monetary policy. We will also look at the monetary policies of DAI, an algorithmic stablecoin, and Compound’s COMP, which adopts an inflationary approach to incentivize growth.

As part of a crypto project’s tokenomics, monetary policy affects the inflation and deflation aspects of the token supply. There are some vital questions you should inquire about a project’s tokenomics to make informed decisions about its future performance:

Unlike a central bank’s way of operation, most cryptocurrency projects rarely directly intervene in their token supply. Instead, they leverage predetermined and programmed rules that automatically manage their tokenomics. For instance, winning miners and stakers are rewarded with a bit of fresh tokens each time they add a block (transactions) to the blockchain in Proof-of-Work (PoW) and Proof-of-Stake (PoS) mechanisms, respectively. Coded tokenomics, such as circulating and maximum supply, determine the current and future token numbers. 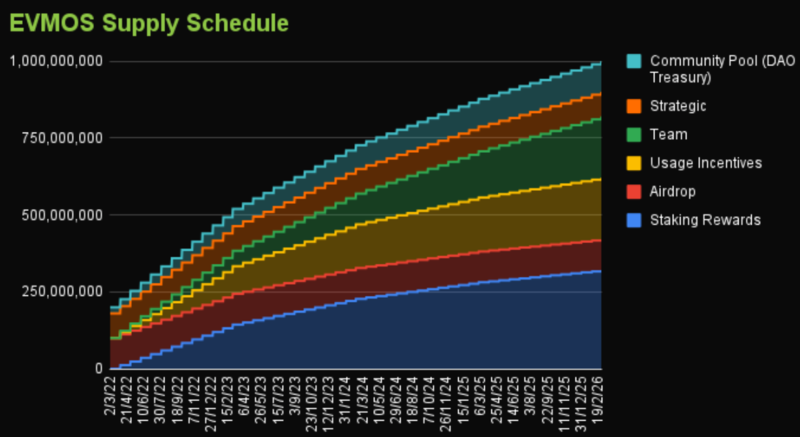 In addition, crypto projects typically define their supply schedule in white papers. Sometimes, a project will allocate tokens to early investors, which will only be unlocked after a certain period of time. This will impact the total circulating supply of a token when such an event happens. Therefore, interested investors should gain a proper understanding of a project’s tokenomics before investing. Nevertheless, the community can actually make changes to  a project’s monetary policy via governance vote, so it’s important to pay attention to that as well.

Supply is vital since it affects a token’s price. When looking at liquidity, most traders only consider circulating supply. Suppose there is a high demand for a token with low circulating supply; its price will likely increase.  However when looking at the value of a token, especially in comparison against other tokens, most people also take max supply into account as it indicates the fully diluted valuation (FDV) of the project.

DAI is an algorithmic stablecoin minted by MakerDAO. A stablecoin is a type of cryptocurrency that minimizes the volatility of the crypto space by maintaining a peg to the U.S. dollar or other real world assets like gold. DAI describes itself as the first decentralized and unbiased stablecoin backed by a basket of multiple stablecoins and cryptocurrencies, including USDC, USDP, ETH, WBTC, and more. DAI’s focus is on price stability, as it is designed to maintain a 1:1 ratio with the U.S. dollar, functioning as a store of value and a unit of account.

DAI has no maximum supply, but in order to maintain a stable price, it is overcollateralized at a rate of 134.80%. To mint DAI, a user borrows against locked collateral. That means they must deposit collateral worth 150% of the value they intend to borrow into the Maker Protocol, as the assets locked are volatile cryptocurrencies with potential swings in value. If the value of collateral decreases to below 150%, the protocol liquidates it to maintain the loan and charges the user a fee. Once a user pays back the borrowed DAI, their locked collateral will be recovered.

MakerDAO also utilizes Target Rate Feedback Mechanism (TRFM) as a way to maintain the price of DAI by balancing the supply and demand of DAI by automatically adjusting user incentives for minting and holding DAI. For example, when DAI is lower than the Target Price, the Target Rate increases, which causes the Target Price to increase at a higher rate, in turn causing DAI generation via the collateralized debt position to become more expensive. The combination of a reduction in supply and an increase in demand causes a rise in DAI’s prices, pushing it towards the Target Price.

While DAI operates using decentralized smart contracts, it is governed by MKR token holders that govern the Maker protocol and facilitates voting on monetary policies and amendments to the protocol, safeguarding the welfare of the ecosystem. For example, MKR holders can vote to change the tokens that qualify as collateral, stability charges, and debt ceiling for tokens. Importantly, MKR holders are distributed globally.

Compound (COMP)’s original goal was to incentivize growth through its inflationary token mechanism. Lenders that deposited their cryptocurrency into lending pools for borrowers would earn interest on their deposited assets. To further incentivize activity on its platform, Compound used its native token, COMP, to reward users that interact with a Compound market (borrowing, withdrawing, or repaying the asset) with additional COMP tokens. It’s paid off, as Compound is placed in the top 10 DeFi protocols by Total Value Locked (TVL).

However, in March 2022, the Compound community looked into addressing issues around inflationary token mechanisms, as users were COMP farming for profit. Since most COMP distributed by the reward program were instantly sold off, existing users and token holders were experiencing their share of the protocol being diluted by liquidity miners. The proposal to adjust rewards by cutting rewards by 50% was passed by the majority, although a later proposal in May 2022 to completely cut rewards to 0% was rejected, which means that Compound will continue with its inflationary monetary policy at the moment.

Monetary policy is a central bank’s measure to control a country’s money supply and achieve sustainable economic growth. In the crypto space, monetary policy is how a project’s tokenomics controls inflation and deflation of its token supply. A sound monetary policy involves a token issuance mechanism that rewards the key network participants for their efforts. In addition, it draws new users to join the ecosystem and enables the token to discover better market prices.